The Beach, Cape May: Day 1 and deciding on the Holiday Happy Hour Cocktail (with recipe!)

So, it is officially Summer and yesterday, we packed the car to the gills and headed to what appears to be our annual trip to the beach at Cape May, New Jersey. 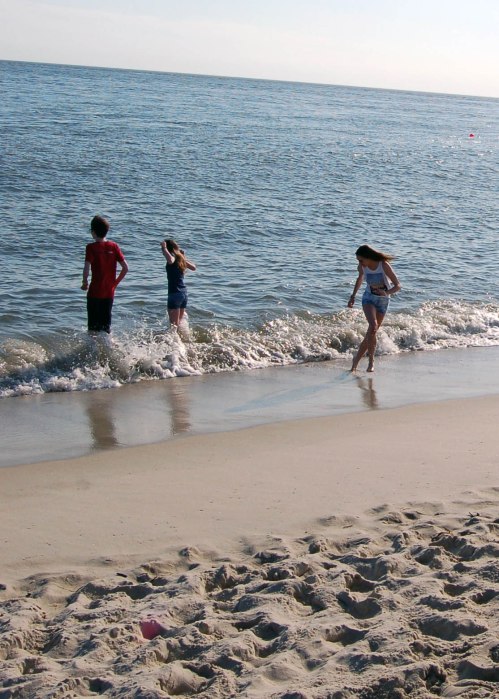 The first look at the beach for my kids and their best friend Marie-Lyse!

The traffic was pretty brutal, so what was supposed to be a 3 hour drive turned into 5. This would have been awful except for the fact that my daughter and I decided to use her iPod to make videos of ourselves singing along to whatever was playing on the radio. Yes, it had definite goof-ball qualities but I am pretty sure that it is done on long road trips more than travelers are willing to admit!

We were meeting our friends who drove from Quebec to meet us at the same house they rented last year. The kids had not seen each other since Christmas when they came to stay at our house for the holiday, and were beside themselves when we arrived. It was so odd, I was a year older and felt every bit of it, and they had grown inches taller and looked fabulous. 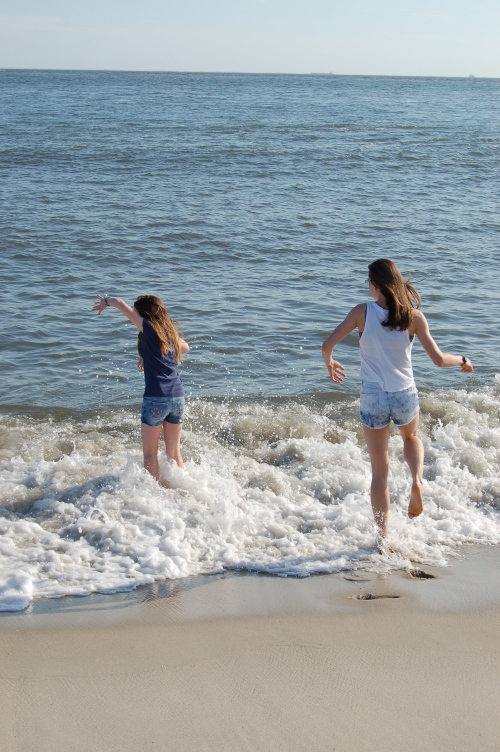 Instantly they hugged and laughed and then sort of stood back and looked,  feeling sort of shy staring back at their friend who had morphed into a different person, older looking… was that eye make-up?  It was an interesting moment to watch, and then I remembered I was a tired and frustrated woman in dire need of a drink: just to calm the nerves.

Our friend Kelley stood in the kitchen and pointed to the counter and said, “I’ve been to the wine store, what should we open?” I told him that wine was great but that this time I was going to introduce him to a new drink, a cocktail that perhaps we could make a staple of our happy hour for the week. There were no objections. 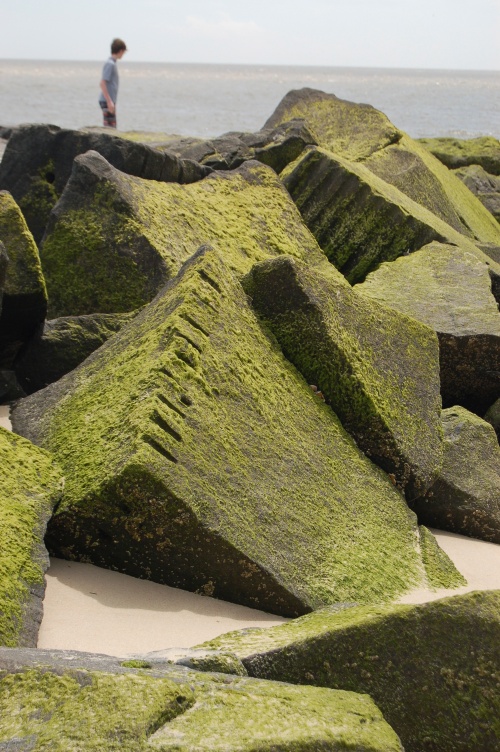 The day before I had killed myself cleaning the house, planning possible menus and packing for our trip, and by evening felt the urge to go to a bar and have a shot of whiskey. What I mean is…have you ever watched one of those movies where the protagonist has gone through some major crisis and the next shot is of him (or her) bellied up to their local bar and nodding to the bartender? Of course you have. Then the bartender would pour the required drink and it would be downed in a single head throw-back. This is how I felt, only I wanted to act as my own barkeep. 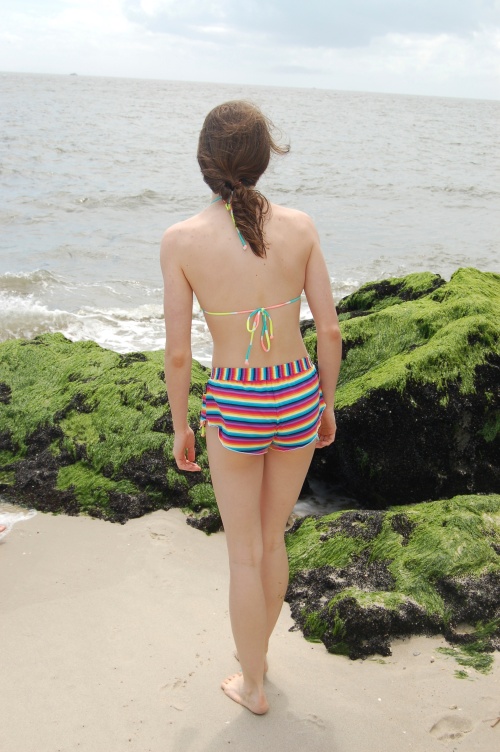 As Kelley went for the wine opener I asked if there was ice? When he nodded I told him we were going to have something a little stronger. “Like what?”, he said. “Like Vodka”, I replied. He said he hadn’t had anything but beer or wine in “God knows how long”, but he felt my urgency and pointed to the freezer. 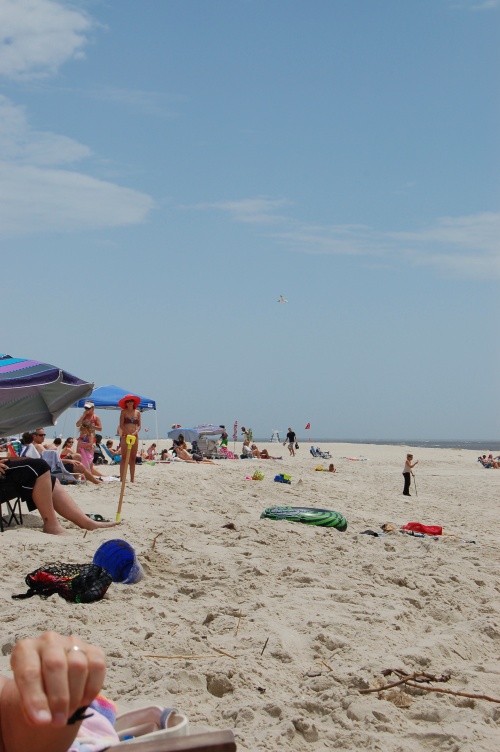 I told him about my crazy day of trip preparations and the need for a drink, and the discovery of having nothing alcoholic in the house, followed by the trip to my sister-in-law next door where we were supplied with what they had: vodka, and then my inventing this drink, which was derived from pure desperation: lemonade from my daughter’s Lemonade Stand and the vodka from next door.

The drink that was created satisfied me to no end and this is what I wanted to reinvent for Kelley, (after all when drinking one needs a partner!). I paired vodka with homemade lemonade over ice. I wasn’t quiet satisfied as I wanted it to be something special and more unique. It is hard to serve up a simple vodka and lemonade in this day and age with all of those mixologists out there grinding herbs and infusing fruits into drinks that should be photographed and not libated! So, I added a sage leaf that I had brought from my garden and served it to Kelley who said, “Why would you put a leaf into a perfectly good drink?”

Well, he drank it! And, the next day we had another, and another. He seems to be fine with the “leaf ” now. 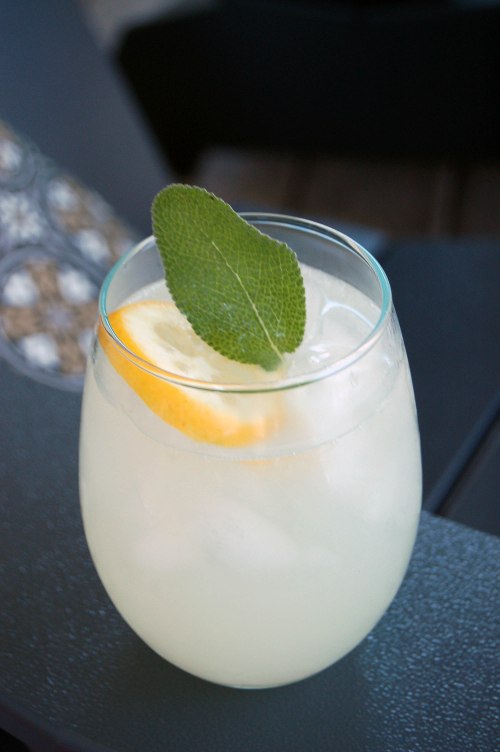 The drink with a leaf in it!

Anyway, we have 6 more days here in Cape May and the only thing missing is Celine, Kelley’s lovely wife and my good friend who could not make it this time around. This week of our adventures of sun, beach, food and cocktails is dedicated to her so she feels a little like she is here with us.

Recipe for Vodka with Lemonade and Sage

2/3 cup lemonade (the most natural you can find)

Fill glass with ice. Pour vodka with lemonade into glass. Add a slice of lemon and sage leaf. Feel free to bruise sage before adding to release flavor. Drink! 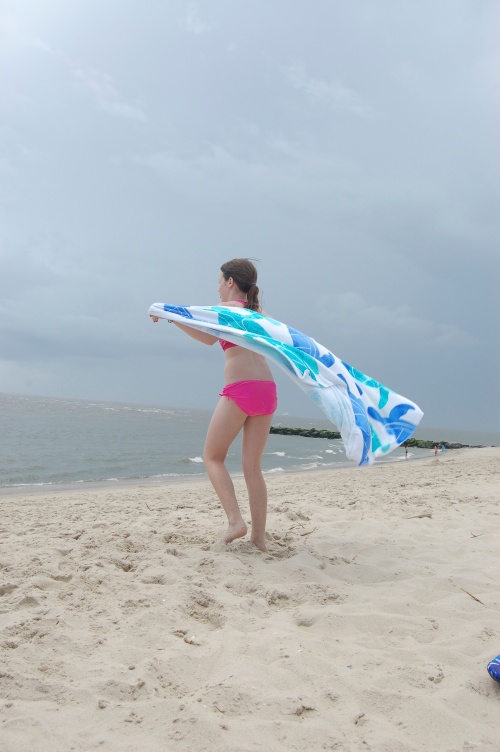 4 responses to “The Beach, Cape May: Day 1 and deciding on the Holiday Happy Hour Cocktail (with recipe!)”